Here you will find a small selection of our fine craftsmanship!

Find out more about our customizing services 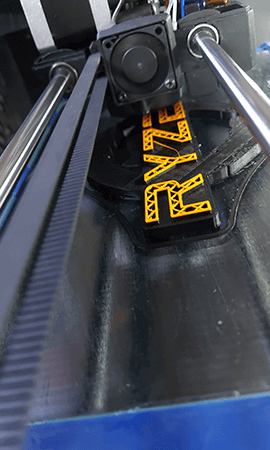 Got something that needs to be 3D printed? No problem! With several 3D printers we can print in PLA, ABS, Nylon, PTEG and Carbon composite filament. Simply send us your .STL file with the right size and color, type of filament and we get right on it.
Got no 3D file? We can design it for you. 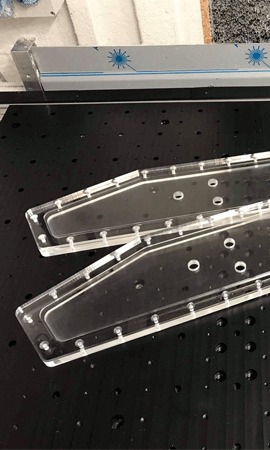 Nothing so satisfying as holding an own designed metal, wooden or acrylic part, made on a CNC machine! Sometimes 3D printing or laser cutting isn’t just enough and you need a special part to finish of the project. We are very proud to own and master a high-quality CNC milling machine big enough for most of the custom work we produce (X760mm*Y500mm*Z100mm) Got a sketch on paper and want it to be produced? No problem we make a perfect 3D model and produce the part in Metal, aluminum, wood or acrylic with perfect measurements and finish. 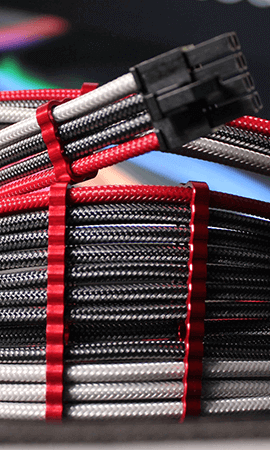 Don’t forget to finish off your project with the perfect matching custom length sleeved cables!
Bring your MOD to the next level with matching colors and lengths, no more extra cables to hide but just clean perfect cable management. Order them on custom length, color or as extensions on your existing power supply cables… easy!

We partnered up with CableMod or MD mods for local and fast delivery. 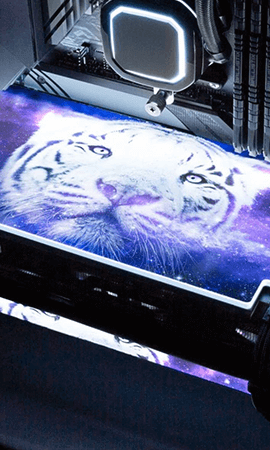 Nothing as boring as looking onto the backside of your GPU when mounted into the motherboard. Of course, we have the perfect solution for that… customized/ personalized GPU backplate covers with ARGB lightning effect! Got a favorite hero, picture or design/logo… we put it on a GPU backplate and bring it to life! Easy mounting and ready in no time.

We partnered up with V1Tech to provide this service as he is Nbr1 partner is these customizations. 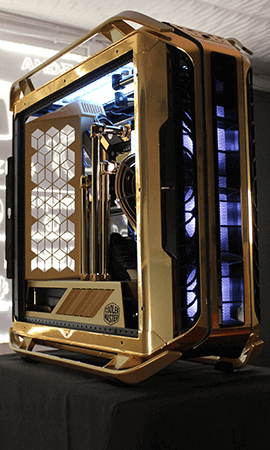 You are a vendor and planning to attend an exhibition, you want something to attract people to your booth? Let me design and create you a unique build that highlights your brand or components in a very creative way, be surprised of the attraction to it! 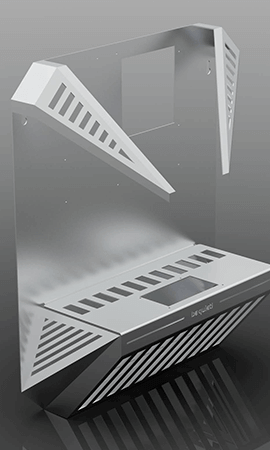 Welcome to my specialty!
There is nothing more I like to do then desig and producing a concept case. From a simple drawing on paper until a full 3D CAD model to the real thing! Got an idea or sketch on paper or already or a full 3D design and you want it to be produced? You are at the right place. 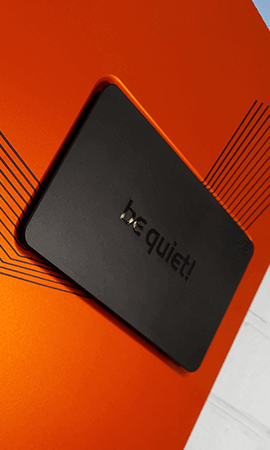 Nothing so easy yet so satisfying as a personalized decal or sticker of your company name or logo. Your favorite graphic template or fictive figure… a simple decal can finish the project off. Send us your file and we make it happen. 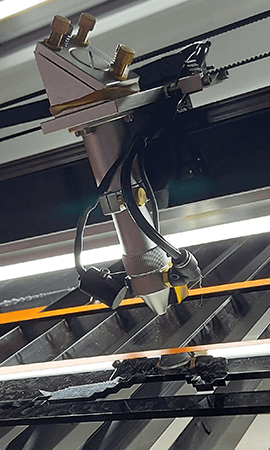 With our newest Laser cutting and engraving machine we can cut acrylic up to 10mm, wood, leather and cloth. Our maximum dimensions are 1300 X 900mm Big enough for most projects.
Just send us your DXF file or something we can start with, the type of material and thickness. 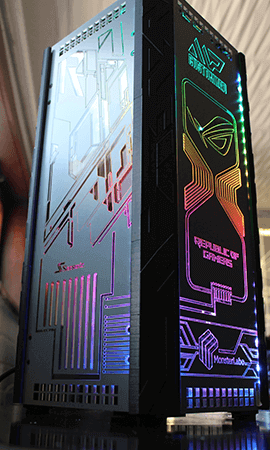 Tired of your bored looking PC case and want to pimp it, you’ll be surprised what the results are when you use a few simple mods like, custom paint jobs, laser engraving your favorite logo, some RGB lightning or wrap vinyl and custom stickers. 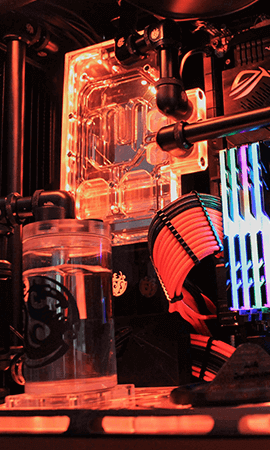 Tired of a thermal throttling, overheating or noisy system and always wanted to have an epic custom water-cooled PC but don’t want to do it yourself? Let me do it for you or guide you to do it yourself, it’s not that hard as is seems but you need to keep some rules in mind. 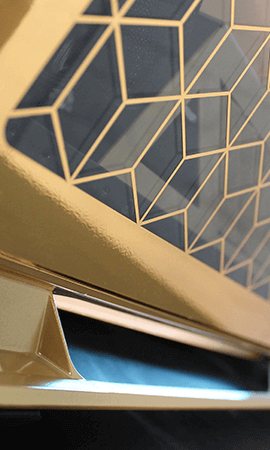 Beside all the other modding techniques I offer I can also provide your project with a PRO custom paint job (automotive paint) or a fully wrap with high quality vinyl car wrap. Sometimes wrapping is cheaper than a full paint job and is easier to replace afterwards. But ether way we do it perfect like always. Custom paint jobs or wrapping 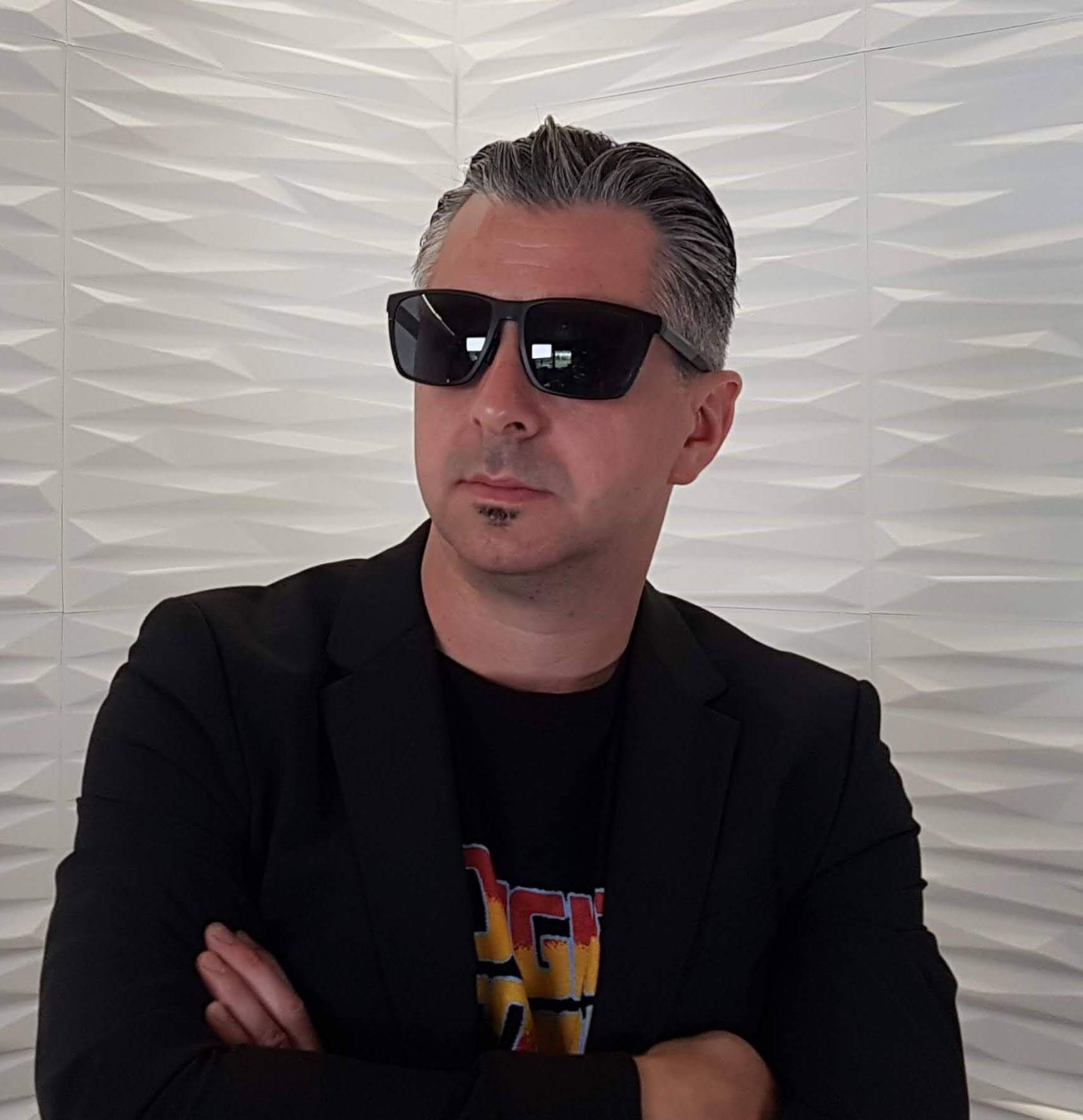 Born as a "Xennial" micro generation we are a divided kind, one foot in the generation X and another in the generation Y (millennial) We grew up playing outside and creating and inventing or own games... later on we were merged in the technology age, it was in this area where I found the love for PC's, Gaming and all the great stuff that was invented.

Very quickly I picked up this new technology but always had the feeling there was some improvement that could be made. As soon as I owned my first PC, I started to modify it, I made it faster and faster and improved the cooling, dismantled the case completely to spray it in an epic color. Ow yeah, I owned the LAN parties and everyone was mind blown of the looks and performance.

As the years gone by, I got better and bigger until I decided to do my hobby semi-professional, PC-customs was born in 2010 and has been growing ever since. Several number one places in international case modding competitions got me around the world, things got serious then! Today almost 1 decade later I'm still at the foreground of the modding community and influencing the newer generations to come. I'm working from a 60 square meter fully equipped ModCrib at Home. Designing and producing customized PC builds for clients and brands all over the world. With the year 2020 being my 10th anniversary, I have decided to step up my own game to become more professional, a name change was one step so I decided to leave the name "PC-customs" behind and use my initials instead... "MP-customized" was born! With a new name, came the new logo and website. I now provide several PRO services as listed on the website and business is going well.

We bring case modding to the next level!